Welcome to the Future of Remote Desktop Technology

RDPlus For Windows is compatible with the following 32/64 bit Microsoft’s Operating Systems:

It is recommended to use the Professional and Ultimate versions of Windows for all RDPlus servers.

Windows 10 Home is not currently compatible. 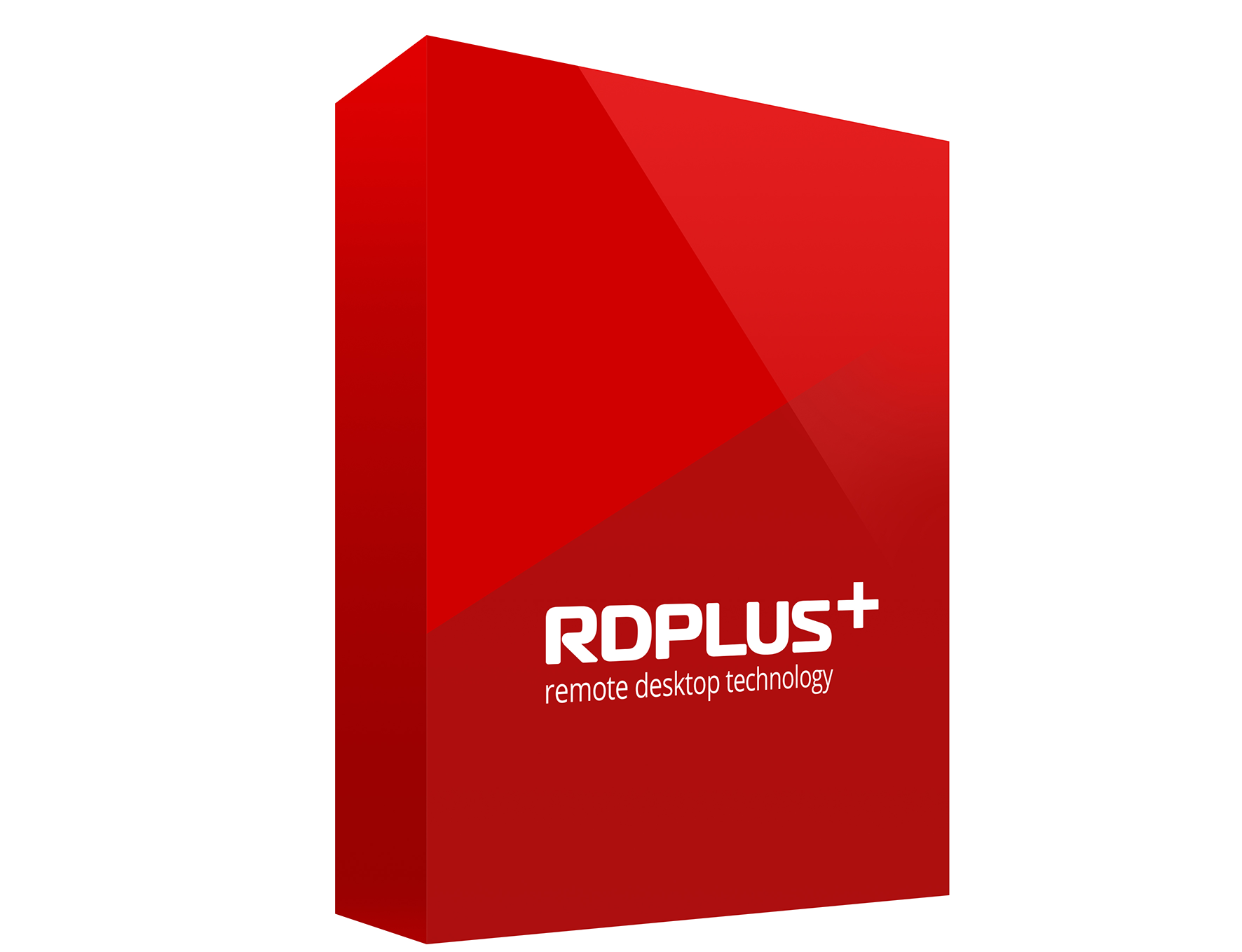 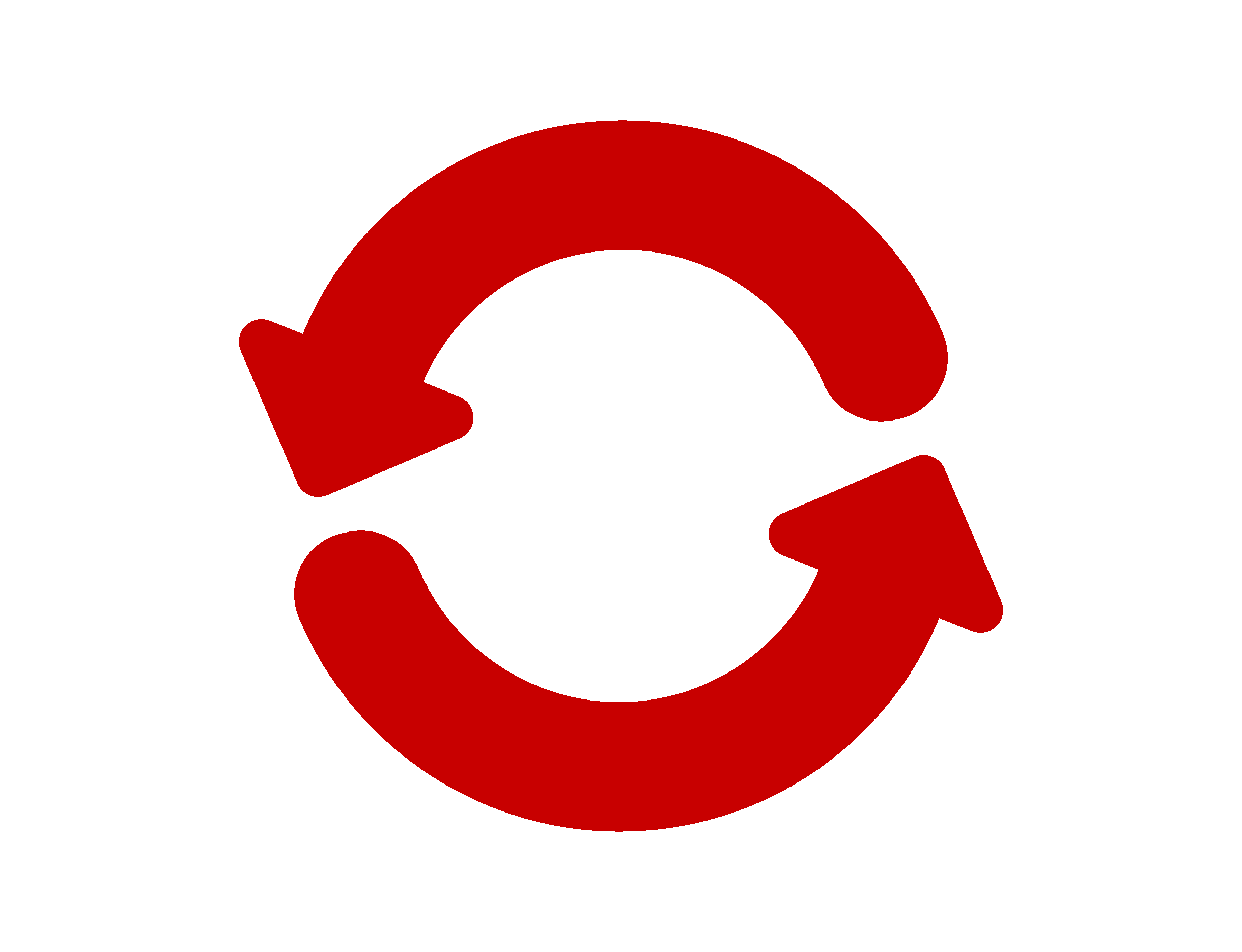 We are very happy and pleased to inform you that RDPlus version 12 is now publicly available!

Here are some new things you will love:

– 2FA extension (see our documentation here – Page 239 )
– Home page is now a dashboard, allowing the administrator to instantly check the status of his RDPlus server and respond quickly (restart web servers, update RDPlus, identify a known issue, see user session, etc…)
– Main menu and all RDPlus features have been reorganized and are now accessible quicker and easier
– Application publishing has been completely redesigned
– And a lot more to come soon, including redesigned and integrated Farm management and advanced settings control.

This new version is the best version of RDPlus ever released, and we hope you will love it as much as our beta testers and early adopters do!

This new release is including major security enhancements:

RDPlus Alternate Shell: Following the October 10 Windows Update, administrators allowing their users to start a Remote Desktop saw the Windows shell as an issue. The main problem resides in the session opening/black screen issue when a complete desktop is assigned to multiple users on Windows 10 and Server 2016.

To protect our customers, we decided to invest in a technical solution which is eliminating these Windows shell issues: The RDPlus Alternate shell. It provides features and graphical experience similar to Windows 2016 Windows shell, such as the display of the 2016 Start button and taskbar. Therefore, on W10 or 2016, RDPlus remote users can enjoy the Desktop experience on the latest’s release of Windows version without experiencing Windows shell issues.

Thus, for administrators managing 10 users or more on these Operating Systems we recommend you activate the WinXshell alternate shell on the Session Opening preference tile located under the Server tab of the Administrator Tool: 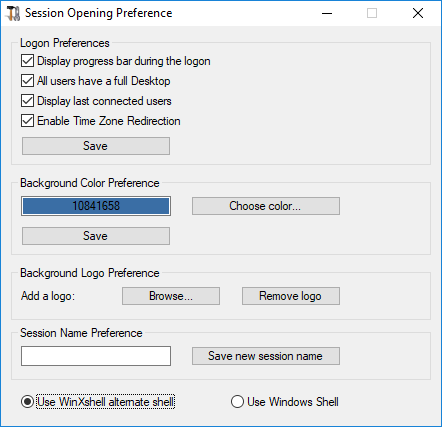 It is now possible to speed up users logons by disabling per user services on the Session Management and Local Group Policies tile: 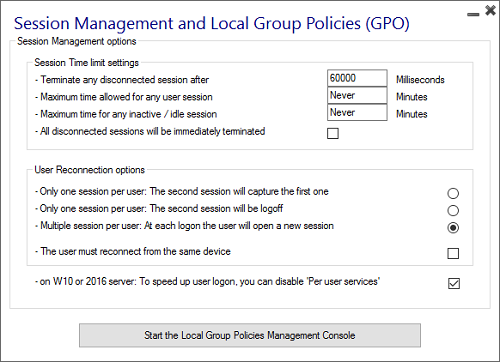 Application Control: Customization of the minimized buttons display is now possible on the Customize Taskbar tile under the Applications tab. You can either show or hide Systray Notifications area and specify minimized buttons positions: on the right side, the centre or the left side of the screen. The administrator can even decide to display it on top of the user screen instead of the default bottom side: 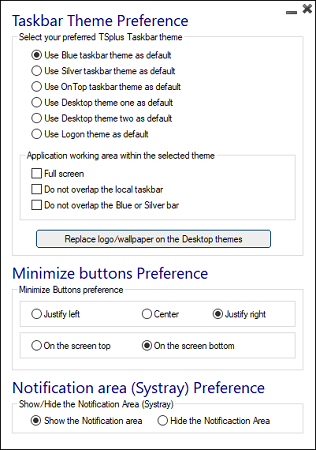 Great new enhancements were made to RDS-Knight, the included cyber security add-on, available in a free trial version.
The new 3.0 release is officially available and includes great new features:

This is a major release which brings powerful security additions and enhancements: 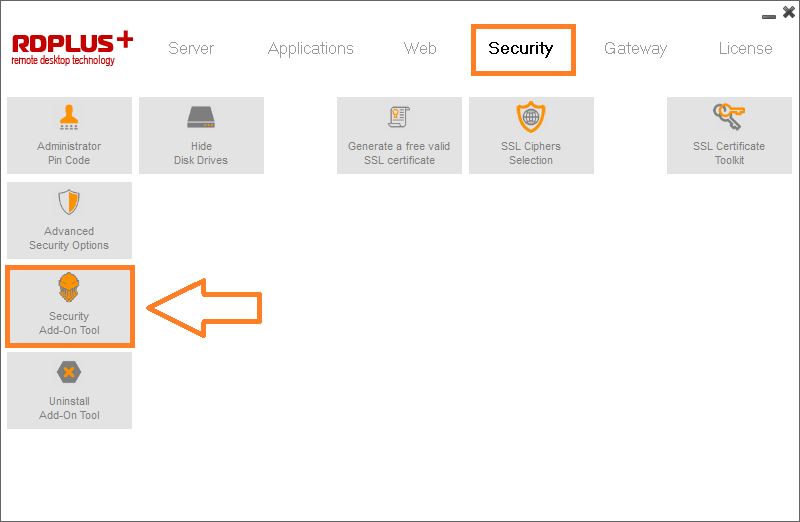 Display enhancements were also made:

Due to ongoing issues with false Anti-virus detections/quarantines on remote links generated using RDPlus Client Generator, we have had to change the way our client generated links work.

As a pre-requisite on client side, a signed program named “Setup-ConnectionClient.exe” now has to be installed. This program is available on the below path in the RDPlus program folder: RDPlus\Clients\WindowsClient or alternately you can download it from here. It will locally install the required RDPlus client. Then, the user will just have to double click on the “.connect” file to start his session.

Trial version includes all RDS-Knight Ultimate Protection features, free to use for 2 weeks.

This trial version includes all the software features, free to use for 2 weeks.

Use this file when an anti-virus, a Windows Hot Fix or Service Pack has corrupted RDPLUS.

To be used as per support’s instrutions.

Use this file to re-install the Universal Printer. To be used as per support’s instrutions.

New to RDPlus? This will get you started. A brief description of the system requirements and basic configuration is included in this manual.